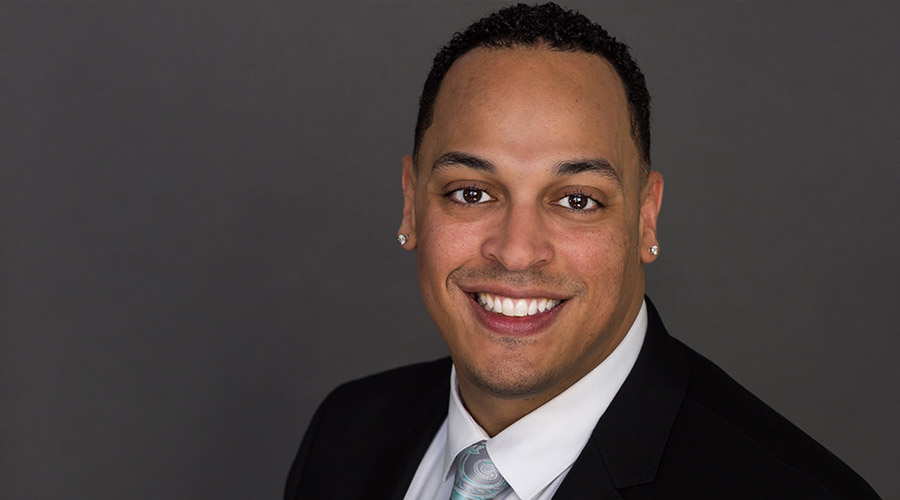 Junior is a results-driven visionary committed to the betterment of himself and those around him. As President, he is responsible for providing the strategic leadership for the company by working with the executive leadership and management teams to establish long-range goals, strategies, plans and policies while driving the company to achieve and surpass sales, profitability, cash flow and other business goals and objectives.

Junior Jabbie is a results-driven visionary who is committed to the betterment of himself and of those around him. Mr. Jabbie joined Team Banneker in 2005 as an Associate in the Company’s leadership development program and ascended to various management and executive leadership positions, including Executive Manager of Corporate Operations and Executive Manager of Business Development and Customer Relationships, before assuming his current role as President & CEO. Over the past fifteen years, Mr. Jabbie has led multiple successful initiatives from large complex sales with Fortune 100 companies, to corporate-wide continuous improvement project that have directly impacted every aspect of Banneker’s operations.

Mr. Jabbie serves on the Board of Directors for Delta Dental of Rhode Island, Northern RI Chamber of Commerce, Rhode Island Manufacturers Association, the United Way of Rhode Island, the American Heart Association Southern New England, and the National Small Business Association’s Leadership Council. He is also a Member of the Rhode Island Commodores and serves on the Strategic Planning Committee for the Southeastern New England Defense Industry Alliance (SENEDIA). He was a founding member and co-chair of the Supply Chain Management Summit at Bryant University, the former vice president of the Rhode Island Young Professionals, and a member of the 2010 Leadership Rhode Island (Zeta II Class). He is also as graduate of the Goldman Sachs 10,000 Small Businesses Program, the Greater New England Minority Supplier Development Council’s Advanced Leadership Program (GALP), and the Tuck Executive Education Business Program at Dartmouth.  In 2018, he was named to the Providence Business News 40 Under Forty List.

Mr. Jabbie currently resides in Providence, RI and spends his personal time traveling, being active, reading, playing golf, and watching professional and college sports. As a big advocate of personal growth, professional development, continual improvement and giving back to the community, Mr. Jabbie also spends time volunteering at local non-profit organizations, primarily those that are youth-centered.  His approach to life and business is best summed up in one of his favorite quotes from the legendary football coach, Vince Lombardi: “We will relentlessly chase perfection, knowing all the while it is not attainable. But if we chase perfection, we can catch excellence.”

Prior to joining Team Banneker, Joe was Director of Business Development for LEGACY Retail Services and Director of Sales with LEGACY Supply Chain Services. His experience spans working for privately held, growth-oriented organizations, as well as for publicly traded companies. During his early career, he owned and managed a chain of convenience stores in New England.

Joe is a native of Boston, MA and is the father of three daughters. He and his wife Joy enjoy physical activities including swimming and walking their two German Shepard dogs in the woods near their home in New Hampshire. 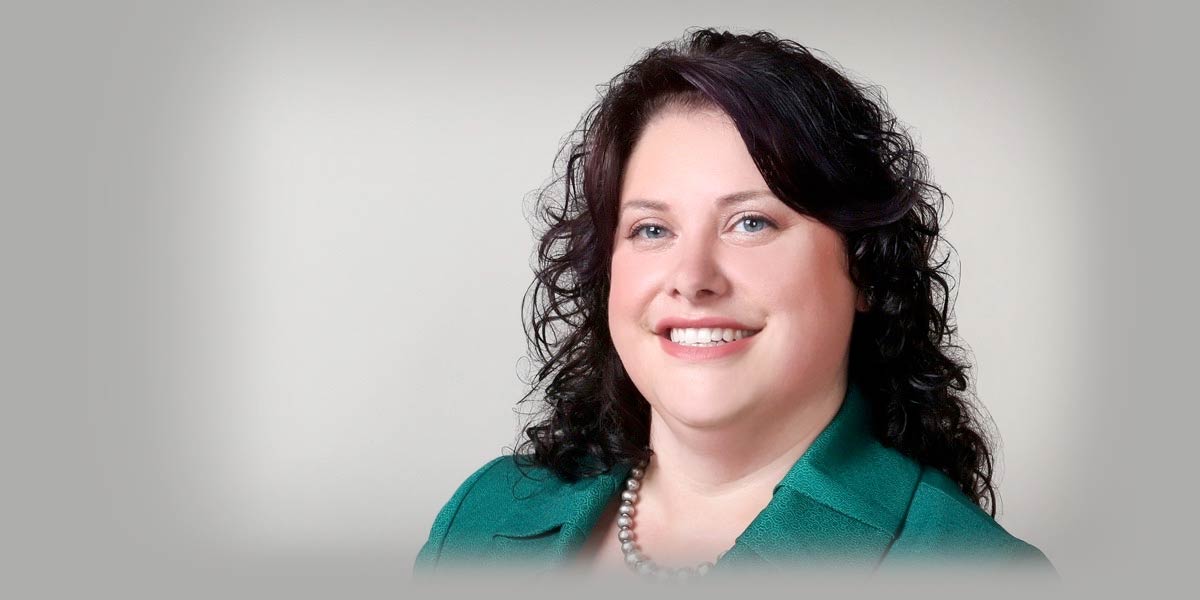 As the Senior Manager of Finance and Administration, Meagan provides leadership, direction, and management to the Finance, Accounting, Information Technology and Administration teams. Meagan is involved in every contract negotiation, assuring integrity and fairness in each agreement Banneker undertakes. She offers strategic recommendations, helping to guide the general policy and overall mission of Team Banneker.

Meagan has been with Banneker for almost 12 years, bringing with her significant expertise serving in almost every area of the company including: operations, customer service, business administration, contracts, compliance, and finance. Meagan joined Team Banneker in 2008 and has served in progressively responsible roles across the organization.

Meagan is a native of Burrillville, RI with a passion for spending time with her family, gardening, and the holidays (especially decorating for them). One of Meagan’s favorite quotes comes from American essayist and poet, Henry David Thoreau: “You must live in the present, launch yourself on every wave, find your eternity in each moment.” 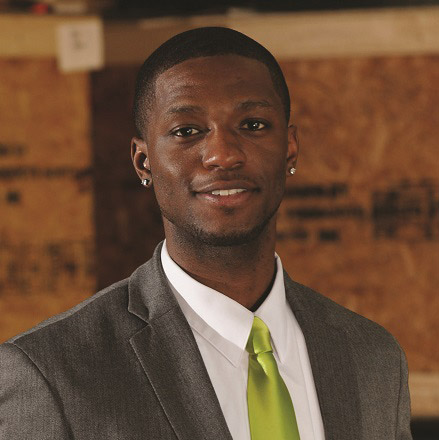 As Regional Operations Manager, David is responsible for monitoring performance objectives and ensuring that the local sites/distribution centers have the proper operational controls, procedures, people, systems, and other resources in place to deliver superior levels of performance to our customers.

An intuitive problem solver and mission-driven change agent, David has a strong record of accomplishment for leading diverse teams and delivering exceptional operational performance in dynamic environments. Prior to taking on his new role, he served as Banneker’s Manager of Projects and Special Implementations for five years, and most recently, as Operations Manager for our North Kingstown, RI 130,000ft2 multi-client distribution center. David will leverage his substantial knowledge of Banneker’s customers and our internal operations with his project management expertise to provide greater oversight and drive continual improvement and customer value.

David joined Team Banneker in 2012 as a member of the Emerging Leader Development (ELD) Program – a 36-month rotational program that exposed him to several departments and value-streams, ultimately equipping him with the tools and experiences necessary for future leadership.

David is a graduate of Bryant University and is a certified Project Management Professional (PMP) through the Project Management Institute (PMI). He is also a member of the Greater New England Institute of Supply Management (ISM). David resides in North Attleboro, Massachusetts with his wife, Felisha, and their young daughter, June. 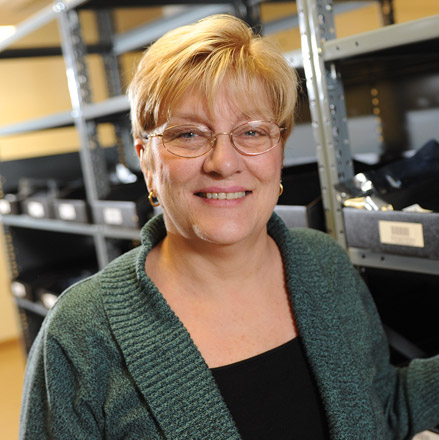 As Facility Security Manager, Dianne is responsible for the security, safety and emergency preparedness at Banneker managing the processes and procedures relating to Team, company, and customer security. She has held numerous positions during her tenure with Banneker and is trained in Six Sigma (Green Belt), Lean Agile and ISO 9001-2000 / AS9100 initiatives. She is also the mentor for our internal Safety Committee. In addition to her day-to-day responsibilities, Dianne also serves as Banneker’s COVID-19 safety manager. 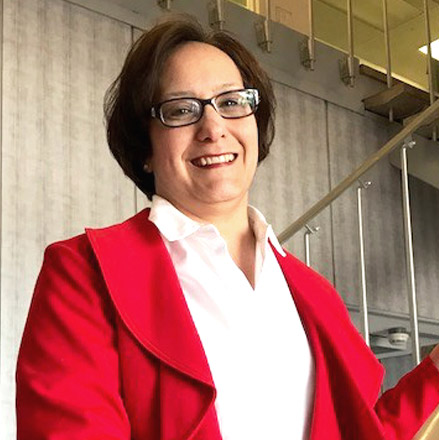 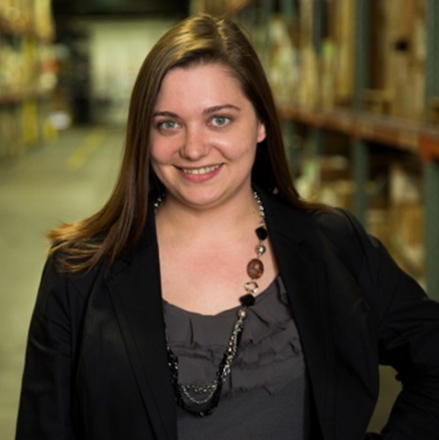 As the Technology Solutions & Accounting Manager, Crystal leads dual departments that intersect at utilization of systems.  Joining Banneker in 2015, initially as IT Systems Supervisor, she now manages two teams: a team that plans, implements, and oversees Banneker’s Information Technology networks, hardware, and software, as well as a team responsible for recording and reporting financial data.

Crystal is an industry veteran with significant experience in warehouse operations.  Prior to joining Banneker, Crystal served as the Logistics and Customer Service Manager for nine years at a regional warehousing company.  It was there that she managed operations, transportation, employees, service, and software for bi-coastal domestic facilities.  Through that experience, she gained an extensive working knowledge of WMS and ERP systems, as well as various reporting and labeling software programs.  She has been responsible for system implementations for a broad range of customers. 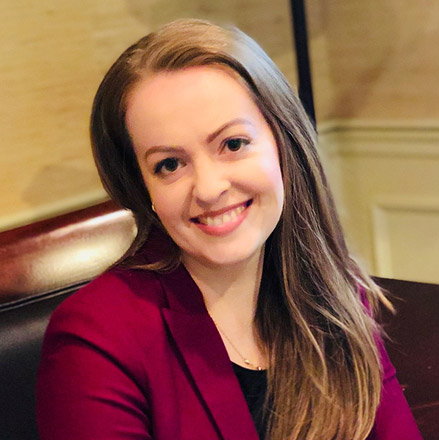 Diana Krys has served as Banneker’s Human Resource Manager since 2019. In her current role, she oversees the HR department serving as the critical link between Banneker’s Team Members and Management. In addition to offering her expertise to Executive Leadership as it relates to recruiting, interviewing, and hiring new staff, Diana is also responsible for attracting, motivating, and retaining the most qualified talent by directing the administrative functions of the HR department including employee-related services, benefits administration, regulatory compliance, and employee relations amongst other things.

Diana currently resides in Rhode Island, but has family all over the world including Germany, Japan, Israel, and many other time zones that don’t work with her sleep schedule. In her free time she is passionate about travel and cooking culinary masterpieces for her loved ones. One of her all-time favorite sayings is a famous Russian proverb, “Тише едешь — дальше будешь” which translates to Ride Slower, Advance Further – a reminder for herself to not rush as you’ll get where you need to be (and even further) by going slower.